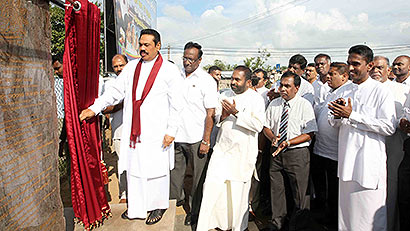 President Mahinda Rajapaksa declared open the newly carpeted and developed access road to the Muhudu Maha Vihara in Pottuwil, Ampara district Sunday morning on 24 March while he was in the Eastern Province to attend the Deyata Kirula 2013. The Muhudu Maha Vihara is over 2000 years old ancient Buddhist shrine located by beautiful landscape of sea side in an area of archaeological interest. It is the exact location where Princess Vihara Maha Devi and her entourage were washed ashore as documented in the history of Sri Lanka.

This year Deyata Kirula National Development programme targeted many projects in the Eastern Province which had been cut off from development for nearly three decades due to terrorism. Many religious places in the East were devastated as a result of terrorism. It is under this programme that the new access road to the temple is being carpeted and developed. Many religious places are also being developed under Deyata Kirula in the Eastern Province. The allocation made for this work is 35 million rupees.

After the inauguration of the new access road to the ancient vihara the President participated in many religious observations at the temple. He made an offering of flowers to the newly constructed Buddha statue. The President also laid foundation stones for a dagoba, erection of 200 feet high Buddha Statue and the Sanghawasaya- living quarters of the Maha Sangha. In addition to the reconstruction of the Sanghawasa, it is also planned to establish a Nenasala Centre at the Vihara premises. President Rajapaksa also called on the Chief Incumbent of the temple Venerable Warakapola Indrasiri Thera and offered Ata Pirikara to the Nayaka Thera. The President also visited the archaeological sites and seen the destruction caused to the site by looters and invaders.

The Nayaka thero said that the authorities especially Ministry of Buddhasasana have not paid much emphasis to protect this over 2,000 years old very ancient structure until todate. Venerable Warakapola Indrasiri Thera thanked the Deyata Kirula organisers for coming forward to preserve this pathetically isolated, incredibly neglected historic place. There has been immense encroachment and much of this wonderful monument could be lost forever if the relevant authorities don’t take any notice about the Buddhist monument. This used to be more than 30 acres of large Buddhist complex and currently restricted to less than 3 acres of small land area due to land acquisition by the villagers. Same time some of the historical artefacts were purposely destroyed and buried under the sand dunes. The Venerable Thero requested every Sri Lankan If visiting this area or passing through to Arugam Bay, not to forget to visit Muhudu Maha Viharaya. Your visit will help to slowdown the diminishing of this temple premises and preserve for future generations, the Thero further stated.

Meanwhile the President has paid homage to many other religious places of worship in the Eastern Province. It was a notable feature that the Hindu and Muslim priests who performed rituals invoked blessings on the President.

A large number of people belonging to Sinhala, Muslim and Tamil communities were present to catch a glimpse of the President. The President who went to them exchanged pleasantries with them. Members of the Maha Sangha led by Ven. Ellawala Medhananda Thera and Ven. Prof. Thumbulle Seelakkandha Thera, Ministers and Parliamentarians were amongst those who participated in the occasion. 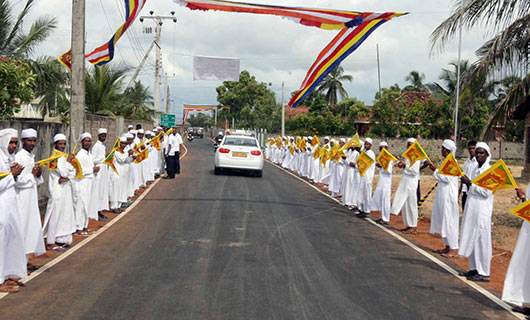 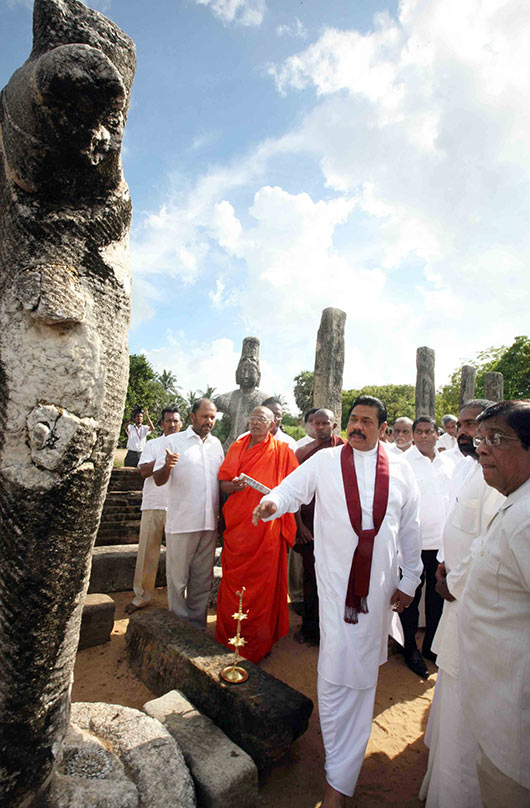 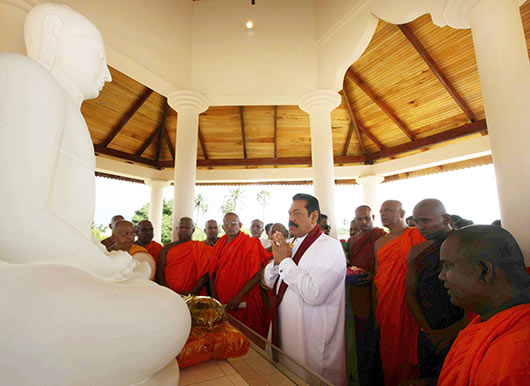 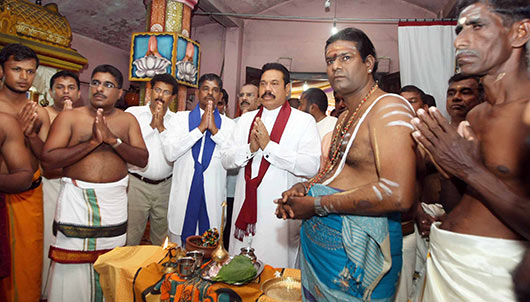 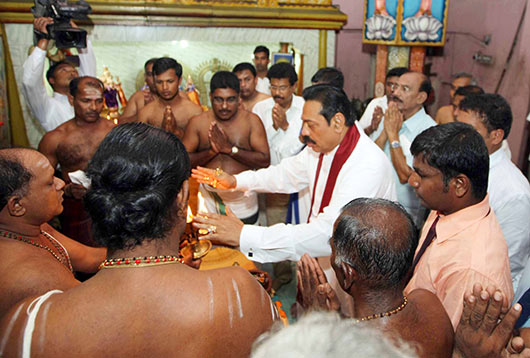 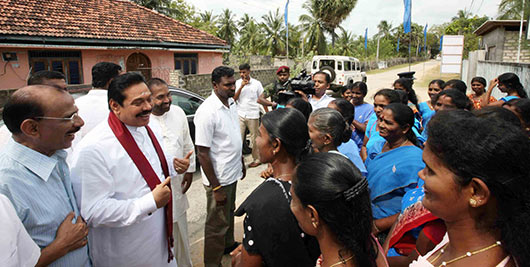