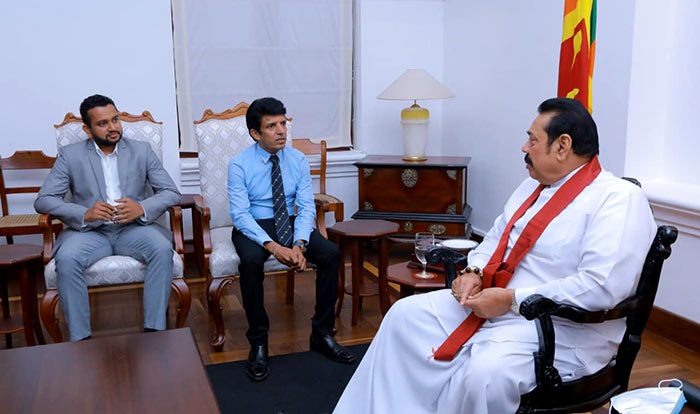 The racing tournament will be held from September 05 to November 15 in Germany, Spain, Belgium and France.

He received the blessing from Prime Minister Mahinda Rajapaksa during a meeting at the Temple Trees on Wednesday (26) before leaving the country to participate in the championship.

Mr Malagamuwa, who joined the weekly cabinet media briefing on Thursday said that he was grateful for the opportunity given to him.

“I wish Dilantha Malagamuwa, Sri Lanka’s International Star in the motor racing arena, the very best of luck as he heads out to participate in the Lamborghini Super Trofeo Europe Championship 2020. He is an inspiration to those who aspire to engage in diverse areas of non-traditional sports,” Mr. Rajapaksa said.