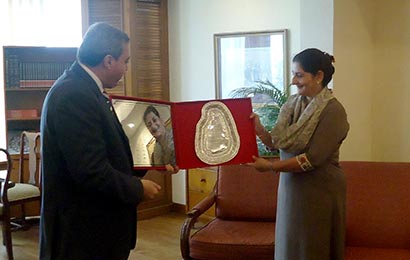 The Colombo based Diplomatic Corps accredited to Sri Lanka hosted a farewell reception in the honour of the High Commissioner of Pakistan to Sri Lanka Mrs Seema Illahi Baloch on Thursday, December 6th, 2012.

High Commissioners, Ambassadors and Head of Missions of the International Development Organizations and the Chief of Protocol of the Ministry of External Affairs of Sri Lanka attended the reception.

High Commissioner Seema Ilahi Baloch will be returning to Pakistan after completing her tenure of posting in Sri Lanka. She is a career diplomat and had joined the Foreign Service of Pakistan in 1977. She has held various important appointments during her career in Pakistan and abroad.

Prior to joining her assignment as High Commissioner of Pakistan in Sri Lanka in August 2010, she was serving as the Ambassador of Pakistan to Poland. During her tenure in Poland she was decorated with Commander’s Cross of the order of the merit of the Government of Poland for enhancing bilateral relations.

The Dean of the Diplomatic Corps of Sri Lanka and the Ambassador of the State of Palestine in Sri Lanka, Dr. Anvar -Al-Agar said that High Commissioner Seema Ilahi Baloch is not only a refined person but also a skilled diplomat who has put in her best efforts to promote the interests of her country in a result oriented manner.

The outgoing High Commissioner of Pakistan thanked the dean and members of the Diplomatic corps for hosting her in an impressive manner.

In the conclusion of the ceremony a souvenir was presented by Dean of the Diplomatic Corps of Sri Lanka, Ambassador Dr. Anvar –Al-Agar to the outgoing High Commissioner. 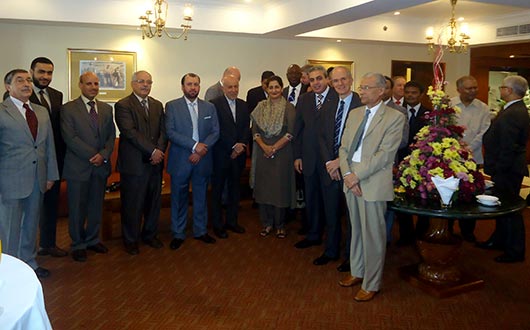