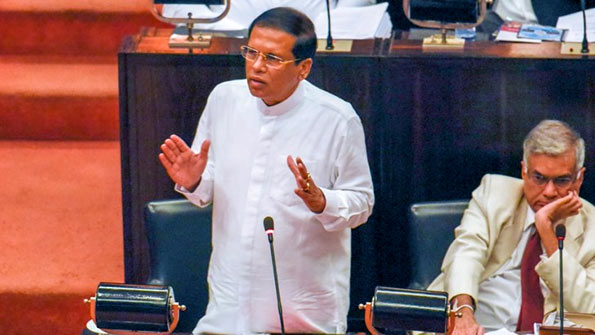 President Maithripala Sirisena requested the politicians not to spread narrow racist ideas among the Sinhala Buddhist community to achieve their narrow political gains.

The President recalling the Jawaharlal Nehru’s quote that “Patriotism is the last refuge of a scoundrel” said that the true patriotism means creating a peaceful nation to live in peace and harmony while ensuring a non-recurrence of the past events that led to the conflict.

Expressing his views regarding the blames for the release of alleged LTTE suspects he said that to prevent Northern youth taking arms into their hands we should win the confidence of them and initiatives like this will strengthen the national reconciliation process.

President Maithripala Sirisena said that the majority of people in the North and East elected him as the President of this country to strengthen the national reconciliation process and said that he will always be committed to build a prosperous and peaceful country for the people of this country as well as for the future generations while ensuring a non recurrence of the war.

“As a government when fulfilling its duties towards the national security the government will take every possible steps to improve the quality of Tri-Forces,” the President added.