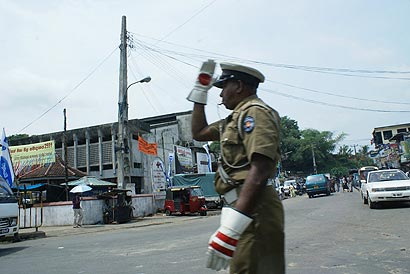 The Police will shortly introduce a Driver Improvement Point System, which was approved by Parliament last Thursday. This point system will be implemented in the near future. The Motor Traffic Department will network with the Police Department and judiciary through an online system to implement this special point system successfully.

The system had been introduced to handle motor traffic violations effectively and reduce the number of repeat offenders, Motor Traffic Department sources said.

They will grant certain marks for different traffic offences and exceeding the limit will result in drivers having their driving licenses suspended for up to a year.

“However if it takes long to computerise the system, we will use a form to mark each detected traffic offence at the beginning of this point system. Fines and other legal action against drivers who break traffic rules will continue to be imposed, along with the point system as well,” the sources said.