Dubai in talks with Sri Lanka to extradite Makandure Madush 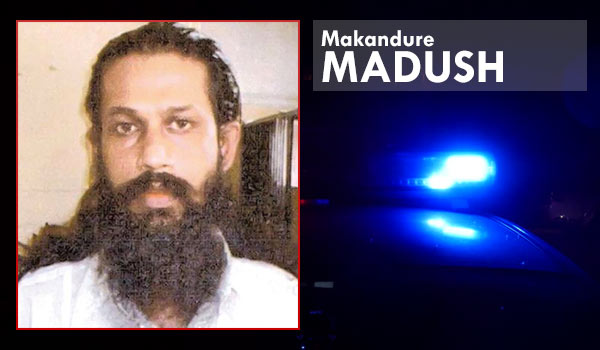 Dubai is in talks with Sri Lanka to extradite Makandure Madush, an underworld drug kingpin who was arrested at a hotel in Dubai.

According to the Khaleej Times the Dubai Police have confirmed that Madush was among several prominent figures arrested red-handed in a raid at a hotel in Dubai.

Among the 20 suspects arrested was a visitor carrying a diplomatic passport and popular singer Amal Perera.

A large quantity of drugs was recovered from the suspects in the joint operation by the Dubai Police and Sri Lankan law enforcement authorities, Khaleej Times reported.

Madush, who is among Sri Lanka’s most wanted criminals, had been evading arrest for the past couple of years.

The authorities are now in talks with Dubai to extradite him to Sri Lanka.