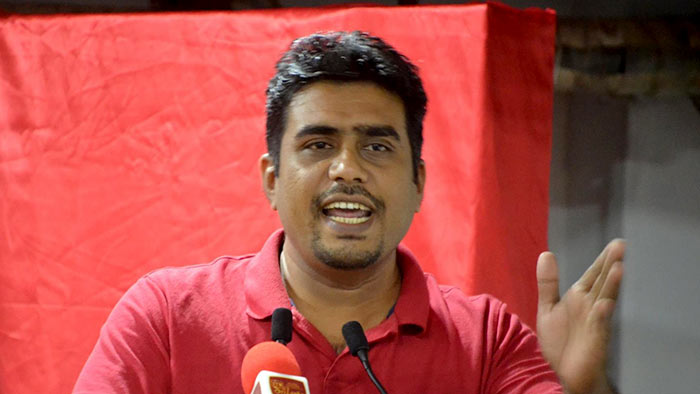 Propaganda Secretary of the Frontline Socialist Party Duminda Nagamuwa and four others have been arrested by the Police this morning (07) for organising a protest at Ramanayake Mawatha in Slave Island violating quarantine order.

Police Media Spokesman Senior DIG Ajith Rohana claimed, the Director General of Health Services yesterday issued directives to the Inspector General of Police that gatherings and protests have been prohibited until further notice as it raises the risk of COVID-19 spreading.

Accordingly, they were arrested and would be produced before the Fort Magistrate.