Each step taken for development a step towards freedom – President 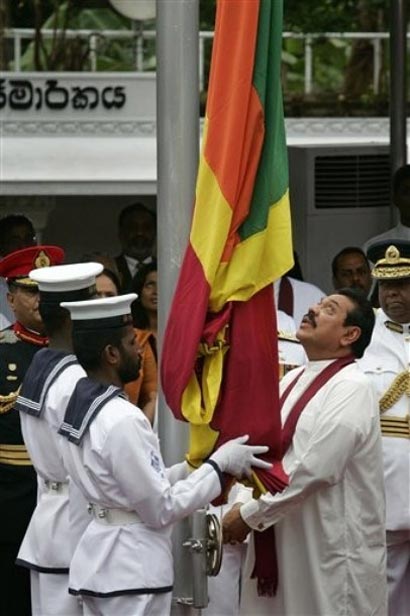 All Sri Lankans now have the opportunity to celebrate the 63rd Anniversary of Independence  with much glory. The unlimited sacrifices for the freedom and independence of Sri Lanka make today’s Independence Day celebrations one of great honour.

The aspiration of the nation is to make more meaningful the freedom won with much sacrifice.The first Prime Minister of Independent Sri Lanka, Rt. Hon. D. S. Senanayake taking over the nation said that freedom has been obtained to relieve the pain and increase contentment of the people regardless of ethnic, party or religious differences. This is the worthy aim of any nation that seeks freedom. It is  of paramount importance to accelerate the work on nation building to fulfill this aim. The march towards making Sri Lanka the Wonder of Asia should speed up as each step taken for development is a step towards freedom.

We must set right the errors of both past and present in this march towards greater freedom. There is no victory we have won through divisions, which leads to the loss of freedom for us all. Therefore, building a united Sri Lanka is the best means by which freedom can be secured and given more meaning. We must .have the same commitment to building a united nation as we had in defending our country.

We are a nation with a heritage of glory.lt is filled with heroes who made great sacrifices for freedom. I take this opportunity to honor all those patriots.

Home » Each step taken for development a step towards freedom – President