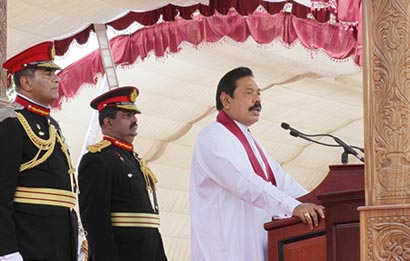 President Mahinda Rajapaksa said no one should be allowed to tarnish the unblemished image of the country while in Sri Lanka or abroad, by the patriotic people of this country.

He told Army personnel of the Gemunu Watch that although terrorism has been defeated they cannot afford to relax.

“In the same way a proposal was made in Vaddukoddai for separation 40 years ago, another conference was held the other day to give life to the Eelam project,” he said. The President was addressing Army personnel of the Gemunu Watch at the Gemunu Watch Regimental Centre, Kuruwita at the Colours Awarding ceremony.

“We must understand this threat.

“The aim of the Eelamists is to break the unity and trust among us and reduce the feeling for the country and make us criticise the motherland,” President Rajapaksa said. The President said a leader of a political party who attended this pro-Eelam conference had similarly criticised the country. “However the same people who tried to set up Eelam here intervened to stop his speech,” the President said.

President Rajapaksa said what this demonstrates is that although Eelam is we1come elsewhere they don’t want this to happen in their own country.

The President said although Eelam could be established elsewhere, no country will want this to happen on their own soil.

“On the other hand, patriotic Sri Lankans should not allow those criticising their motherland abroad or allow foreigners to criticise the country in their presence. We should not play into the hands of Eelamists,” the President said.

“He taught the culture of respecting the tomb of the enemy who fought against him. How much the enemy hates us, even if the enemy takes our lives, we adopt a culture of not hating the enemy or his race in the way of the great king.” 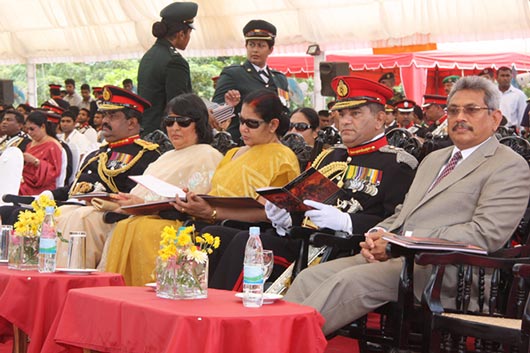 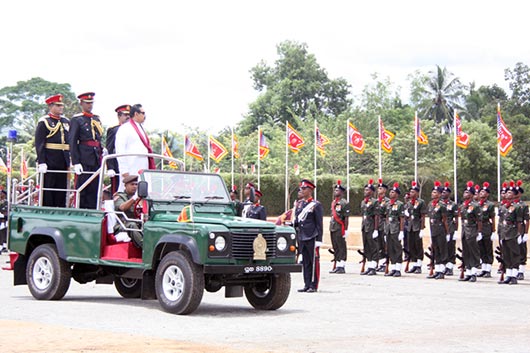