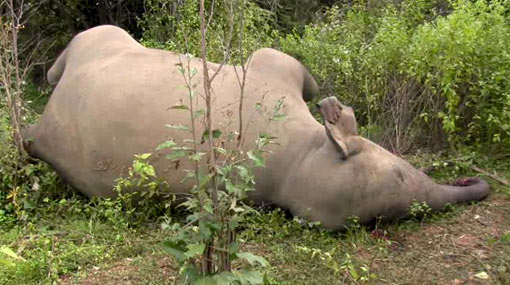 The remains of an elephant believed to have been shot and killed by poachers has been uncovered in the Rathmale forest reserve, said Ada Derana reporter.

The elephant is aged between 15-20 years and approximately 7-and-a-half feet in height, according to wildlife officers.

The postmortem examination of the elephant is slated to be carried out by the officers of Giritale Wildlife Office.

Further investigations on the incident are conducted by the wildlife officers attached to Kaudulla National Park.