JVP vows not to allow Ranil to form another national government 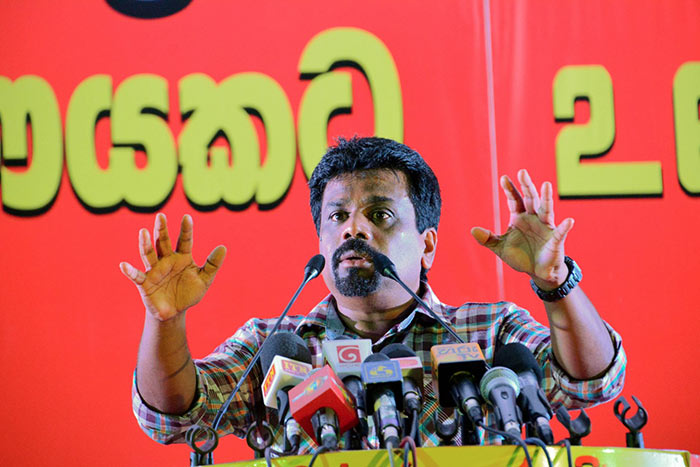 The JVP says it will not let Ranil Wickremesinghe to form a national government by making use of the loopholes existing in the 19th Amendment to the Constitution.

Addressing a public rally held in Kirulapone on Saturday, JVP leader Anura Kumara Dissanayake said that newly appointed Prime Minister Wickremesinghe was planning to form a national government with 21 SLFP MPs breaking ranks with their UPFA colleagues. “In order to accommodate those 21 MPs the Wickremesinghe government would have to offer ministerial positions. He cannot do so because under the constitutional provisions he has to limit the Cabinet to 30 members. He has to give those 30 posts to his own party men. The only option is to form a national government again so that the number of ministerial posts could be increased and defectors from the UPFA could be rewarded. We will not let that happen.

“Until now who has been looking for loopholes in the 19th Amendment? President Maithripala Sirisena, Mahinda Rajapaksa, Attorney General, President of the Bar Association, lawyers and the pundits who advised Sirisena-Rajapaksa camp. But from now on, it will be Wickremesinghe who will be doing so.

“Until the Supreme Court judgment in the case of dissolving of parliament, people had witnessed the political nudity of Sirisena and Rajapaksa camp. Hereafter, they will that of the Wickremesinghe camp.

“Before the ending of current parliament’s term we need to bring laws to punish those who engaged in the constitutional coup. They should be punished for the offence of causing losses to the country and national economy.

“Next, we must abolish the executive presidency. We have experienced how people have changed after occupying that position. JR came to power with a massive majority and soon he became a dictator. The same thing happened to Presmadasa, who came from a poor background. Chandrika was welcomed as Viharamaha Devi when she assumed duties of the post but was called Chaura Rejina at the time she left the office. Mahinda Rajapaksa was a man of the masses wearing kurahan sataka but he becme a dictator. Maithripala Sirisena was considered a clean politician from Polonnaruwa, but he too ended up being a dictator.” 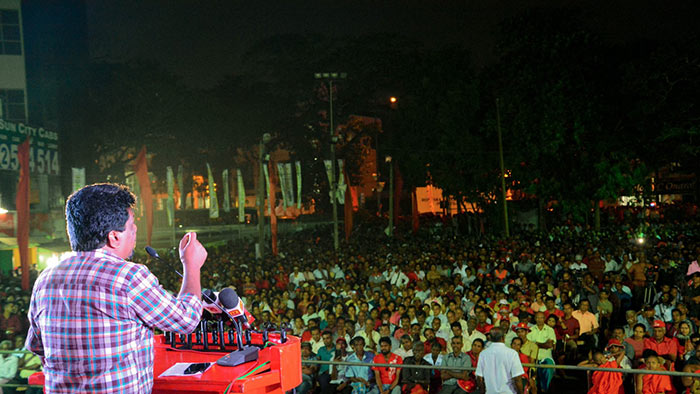