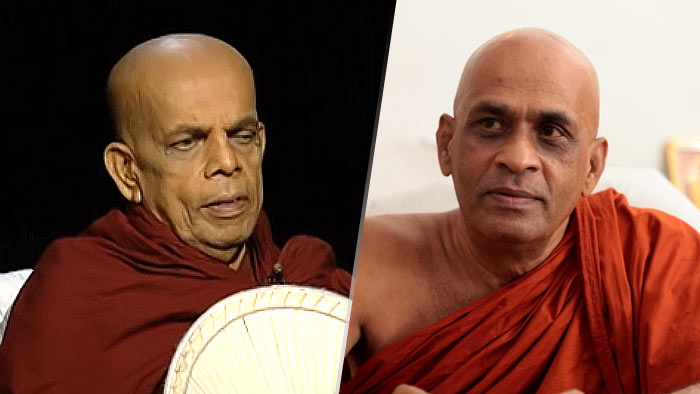 Ven. Elle Gunawansa Thera and  Ven. Bengamuwe Nalaka Thera today filed a Fundamental Rights petition in the Supreme Court challenging the legality of the cabinet memorandum that authorised it to enter into an Agreement with the Lanka IOC PLC to jointly develop China Bay Oil Tank farm.

The petitioners are further seeking a declaration that the purported Agreement said to be signed on 06th of January, 2022 between the respondent parties has no legal force.

The petitioners state that on 30th of December, 2021, Minister Udaya Gammanpila has written a letter to the Chairman of CPC dated 20th December, 2021 with regard to the need to establish a Company in the name and style “Trinco Petroleum Terminal Limited”, under the control of the CPC as said to be instructed by the the President.

The petitioners further state that on or around 04th of January, 2022, Minister Gammanpila has clearly stated at a press briefing that the cabinet of ministers has approved his memorandum with regard to the China Bay Oil Tank farm and has authorized to enter into an Agreement with the Lanka IOC to jointly develop or manage the Oil Tank Farm.

The Petitioner further states  on or around 06th of January, 2022 they came to know that a purported Agreement has been signed between the representatives of the Government of Sri Lanka and the Lanka IOC.

The petitioners are further seeking a declaration that the fundamental rights of all the citizenry of the Republic, duly guaranteed by the Constitution including Articles Article 12(1) have been violated by the respondents.