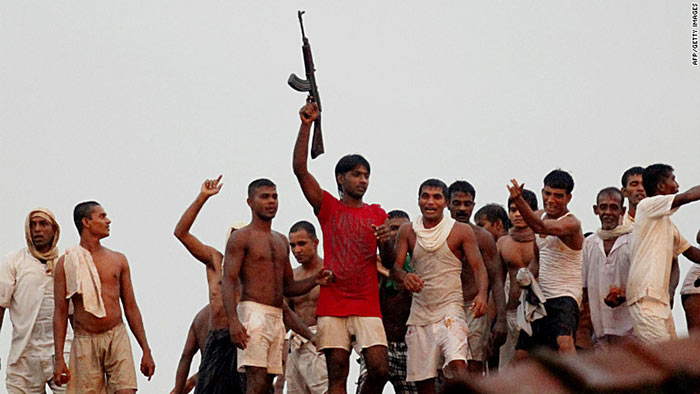 Former Prison Superintendent Emil Ranjan Lamahewa has been sentenced to death over the 2012 Welikada Prison riots.

He was found guilty of killing 8 prisoners of Welikada Prison

Although he was released from four charges, he was found guilty of one charge and was sentenced to death.

Meanwhile, former Inspector of the Police Narcotics Bureau Neomal Rangajeewa has been acquitted from all charges.

It was reported that the decision was unanimous when the case was taken up before Judges Gihan Kulathunga, Pradeep Hettiarachchi and Manjula Thilakaratne of Permanent High Court at Bar.

Rangajeewa was arrested by the Criminal Investigation Department (CID) on March 28, 2018, over the alleged killing of inmates at Welikada prison during the clashes in 2012.

Lamahewa, who was the then Prisons Superintendent in charge of the Magazine Prison, was arrested by CID at his official residence on Baseline Road, Colombo 09 the following day.

27 prisoners were killed while more than 20 others were injured in the fatal shooting during the Welikada Prison riot on November 09, 2012, when prisoners took control of the populated prison objecting to an unannounced search by the Special Task Force (STF) to nab hidden arms, drugs and mobile phones at the prison.

However, the case is only being heard on the death of eight inmates.

Former Attorney General Dappula de Livera had filed the case against Rangajeewa and Lamahewa under 33 charges.

The indictments against the duo read that the inmates were imprisoned for allegedly engaging in drug dealing. Ex-AG had requested Chief Justice Jayantha Jayasuriya to appoint a Trial-at-Bar to hear the case against Rangajeewa and Lamahewa.