The envoys who presented their letters of credence were

Welcoming new envoys to the credential ceremony President Rajapaksa said that they are all joining their assignments at a crucial time when Sri Lanka’s economy is at a rapid growth after eliminating thirty years of brutal terrorism. The Government’s rehabilitation, reconciliation, resettlement, reconstruction and development process have achieved a huge amount of progress within short period of time. The President also said Sri Lanka seeks to work with the international community and requested their support to rebuild post war Sri Lanka, which would create an environment for the progress and prosperity of people. 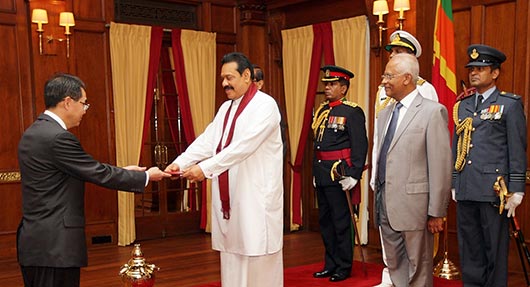 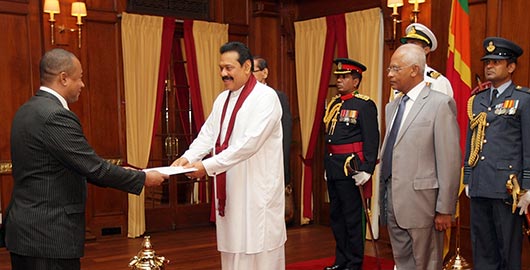