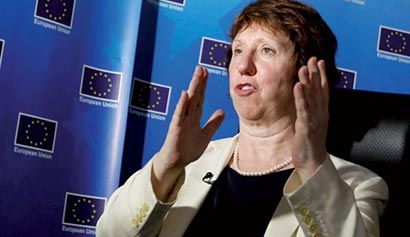 European Union’s High Representative for Foreign Affairs and Security Policy issuing a statement on behalf of the European Union said it is vital that Sri Lanka ensures that its international obligations are implemented in a protest against the impeachment of Chief Justice Dr.Shirani Bandaranayaka.

Following is the full Declaration by the High Representative for Foreign Affairs and Security Policy, Catherine Ashton, on behalf of the EU on the impeachment of Sri Lankan Chief Justice issued from Brussels:

“The EU has followed with considerable concern the recent impeachment process against Chief Justice Shirani Bandaranayake.

The separation of powers is inherent in any democracy which respects the rule of law. It follows that the independence of the judicial branch cannot be made subject to actions by any other branch of government.

It is vital that Sri Lanka ensures that its international obligations, and in particular the International Covenant on Civil and Political Rights, are implemented.

The EU calls upon the Government of Sri Lanka to respect the right to peaceful protest and to ensure the safety both of Dr. Shirani Bandaranayake and of all human rights defenders.”

Catherine Ashton, Baroness Ashton of Upholland, PC is a British Labour politician who in 2009 became the High Representative of the Union for Foreign Affairs and Security Policy.