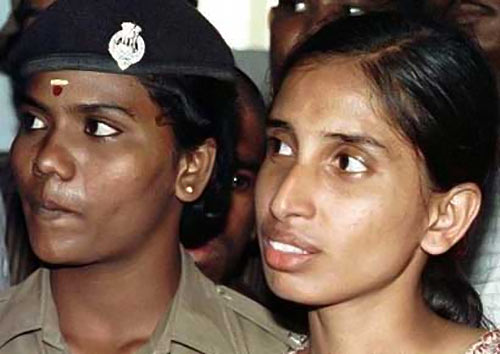 Nalini, now confined in the Special Prison for women in Vellore, submitted that she has undergone imprisonment for more than 24 years. She was first awarded death sentence, which was confirmed by the Supreme Court and subsequently Tamil Nadu government under Article 161 of the Constitution commuted her sentence to life on April 24 2000.

Stating that about 2,200 life convicts who had served 10 years of sentence had been released by Tamil Nadu, she said it had not considered her release on the ground that her case falls under a different section of Code of criminal procedure.

She submitted Tamil Nadu government has framed a scheme of premature release of life convicts who had completed 20 years of actual imprisonment. A Government Order was also passed on November 10, 1994 even under which she was not considered for release, she said.

She sought a direction from the court to decide on her representation within a reasonable time.

Nalini was sentenced to death by the trial court in the case on January 28, 1998. Her sentence was commuted to life term by the Tamil Nadu Governor on April 24, 2000. – PTI