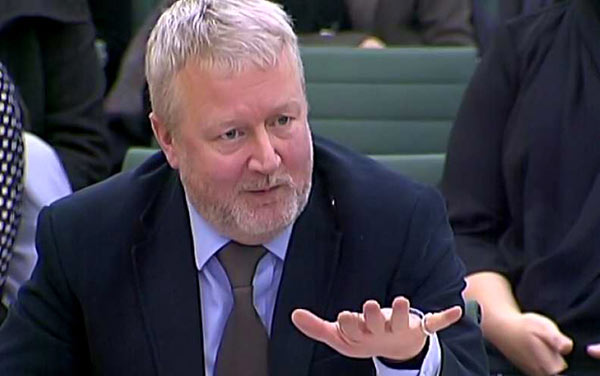 A Facebook executive has admitted that the company “made a mistake” in not removing a post that incited racial hatred in Sri Lanka, an international hearing on fake news and disinformation in London heard on Tuesday (Nov 27).

Mr Richard Allan, Facebook’s vice-president of policy solutions, was questioned by Singapore MP and Senior Minister of State for Law and Health Edwin Tong over a post, written in Sinhalese in March, which called for the killing of all Muslims. Mr Tong asked if the post breached the social media company’s terms of service.

Mr Allan agreed it did.

“It was put up at a time when there were significant tensions between the people of Sri Lanka and Muslims, causing damage to property, deaths even. Riots. Damage to mosques. And eventually it resulted in the Sri Lankan government declaring a state of emergency. Would you agree?” Mr Tong said.

“Would you agree that in the context of that kind of tensions occurring in Sri Lanka, putting up such a post would invariably travel far, divide those tensions, or stress those tensions even more, and divide the community?” asked Mr Tong.

When Mr Tong asked why Facebook refused to take down the post in question, even after it was highlighted by Sri Lanka’s communications minister, Mr Allan said it was a “simple error” on the part of a Facebook employee.

At this point, Mr Tong interjected. He argued it was no mistake and Facebook had replied to a user that the post does not go against its community standards.

Mr Allan disagreed. “That was a mistake,” he said. “I just want to be clear that somebody has made a mistake in the review.”

He also disagreed with Mr Tong’s subsequent query on whether this case showed that Facebook “cannot be trusted to make the right assessment” on what can appear on its platform.

“We make mistakes … serious mistakes; our responsibility is to reduce the number of mistakes,” he said.

“We are investing very heavily in artificial intelligence, where we would precisely create a dictionary of hate speech terms in every language.”

He added: “The best way to resolve this is a dictionary of hate speech terms in Sinhalese, which gets surfaced to a Sinhalese-speaking reviewer, who can make sure that we do the job properly.”

Mr Tong replied: “Mr Allan, in this case, whilst one excuse might be that your users or your reviewers don’t understand Sinhalese, when you have the communications minister of Sri Lanka telling you that this is hate speech and to take it down, and you review it, your people review it, and you said hundreds of thousands of people review it, but they don’t seem to abide by the same philosophy as you have expressed in your own policies.”

When Mr Tong asked if governments would have to resort to such measures to deal with the issue of deliberate online falsehoods, Mr Allan said Facebook would “prefer not to”.

“This is where I think the openness has to be … and I hope that you have a constructive relationship with my colleagues in Singapore who work in these issues,” said Mr Allan.

“I want us to be in a position where we share with you the good and the bad, about how we think we’re doing, in full expectation that you will be pushing us always to be better.”

To this response, Mr Tong replied: “Well we look forward to that, because what’s happened, by way of example in Sri Lanka, and there are several others as well, should not be allowed to happen ever.”

Mr Allan said: “No, and as an employee of Facebook I am ashamed that things like this happen and they do and they shouldn’t.”

Mr Tong was joined by two fellow Members of Parliament from Singapore, Workers’ Party Secretary-General Pritam Singh and Sun Xueling, Senior Parliamentary Secretary at the Ministry of Home Affairs and the Ministry of National Development, at the hearing in London. Mr Singh asked Mr Allan what Facebook was doing to combat the prospect of elections from being “tampered with”.

Mr Allan said that for “every significant election”, Facebook now creates a “war room” – a task force consisting of specialists whose job is to understand the risks of that election and deploy the necessary tools and technology to deal with those risks.

“In an ideal world, it’s every election, everywhere, all of the time. Our current resourcing I think allows us to look at all national elections,” Mr Allan said.

“So if there’s a national election in Singapore, for example, that would be covered.”

He added: “We had a similar task force around the Latvian election. So we are looking at every election whether the country is big or small, at a national level. And then the question is can we expand that also into regional and local elections.”

Mr Singh also asked if Facebook would consider working with local election authorities and political party representatives to remove or flag posts that would compromise the political process.

“We think that’s essential. And again I want to repeat … the people who decide if an election is free and fair is you, and your authorities, and the political parties,” said Mr Allan.

“So we want to do, whatever is necessary in order for everyone to have the confidence that the election is free and fair – and we can’t do that on our own.

“We can make tools, we can work with you, but ultimately we need to engage with you in order to meet that shared objective that we contribute to positively rather than negatively to the election in your country.”