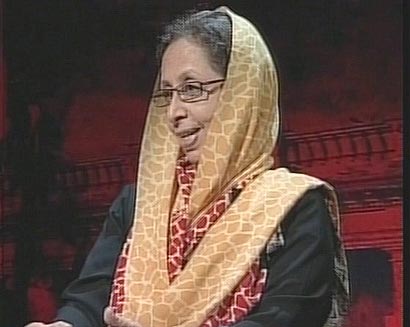 Former minister Ferial Ashraff yesterday rejected her purported appointment to the seven member board of the National Institute of Education (NIE) and said that it had been done by Education Minister Bandula Gunawardena without her consent. Mrs. Ashraff told Tamil Mirror Online that she never expected this kind of position. The Education Ministry has not informed me officially of any appointment and Mr. Gunawardane has appointed me without my consent, she said. She said that she had never been a member of the teaching profession as asserted by the Education Ministry in its statement to the media when announcing her appointment.

Mrs. Ashraff contested the last general election in Digamadulla as a candidate of the ruling United National People’s Alliance (UPFA), but failed to get elected to parliament. She was the leader of the National Unity Alliance (NUA) founded by her late husband MHM Ashraff. Later she joined the Sri Lanka Freedom Party (SLFP).

Meanwhile, Education Minister Gunawardane said that he had appointed Mrs. Ashraff as a member of the NIE to represent the Muslim community (tamilmirror.lk)