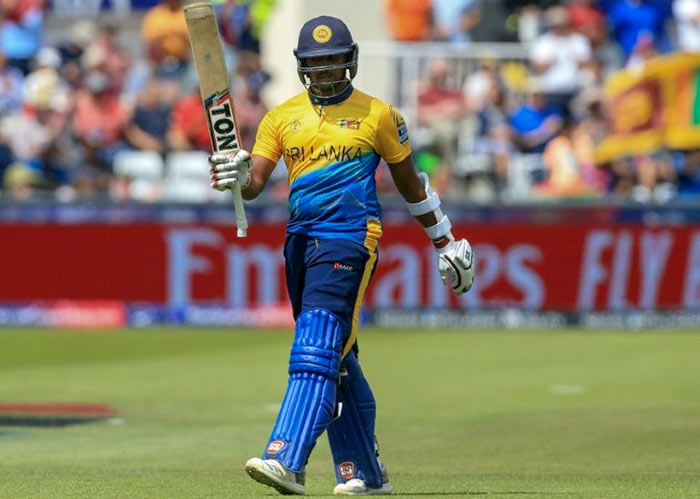 Former captain Mahela Jayawardene says Avishka Fernando can be the “spark” to reignite Sri Lanka after the 21-year-old hit his maiden one-day international ton against the West Indies.

Fernando’s century on Monday helped secure Sri Lanka’s third win of the tournament but it was too little too late for the Asian side, who cannot qualify for the semi-finals.

“It has been a tough couple of years for Sri Lanka but we have learned our lessons,” Jayawardene wrote in a column for the International Cricket Council (ICC).

“It is important that we plan around a group of players who will be there for the next four years and I think Avishka has shown he has to be a big part of that.”

“He will take a lot of confidence from this and he has now proven to himself that he can go on and do it on the international stage,” added Jayawardene.

“I thought he might start the tournament but the selectors understandably went with experience. But as this tournament has progressed, it’s been clear we have needed a spark. And there it is.”

Fernando was only drafted into the side for Sri Lanka’s sixth match.

He impressed in making 49 in a shock win over England and was Sri Lanka’s joint top scorer with 30 in a disappointing nine-wicket thrashing by South Africa.

Fernando will have another chance to shine when Sri Lanka round off their World Cup campaign against India on Saturday.

2 Responses to Fernando can be Sri Lanka ‘spark’, says Jayawardene