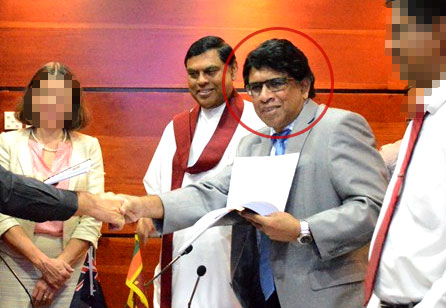 They are being interrogated in connection with alleged financial irregularities in the Divi Neguma Development Department which comes under the Ministry of the Economic Development, the police media unit said.

Meanwhile the former Chief of Staff at the Presidential Office Gamini Senarath was also questioned by the FIB yesterday over an alleged financial fraud.

A former Health Ministry Secretary, Dr. Jayathilaka was appointed as the Secretary to the Ministry of Economic Development replacing P.B. Jayasundara on May 29, 2014.