Film on Child Soldiers: Stories that officials of the UN/INGOs/NGOs and Human Rights shunned from public domain 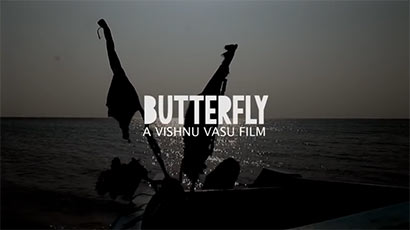 Butterfly is a film by Vishnu Vasu screened at the National Film Corporation in August 2014. Its characters were REAL and their stories were equally real. The question is why have these stories never once been taken up by officials of the UN, the foreign envoys and delegations present at the UNHRC as well as the Human Rights and even media advocates who were well aware of LTTE’s conscription of children? http://www.youtube.com/watch?v=psFdvYEX71s

Why was there been a lack of concern by international authorities to stop children from being conscripted? We are well aware that the Special Representative appointed for children by the UNSG was a Tamil herself. She walked away with accolades and awards for compiling numbers but nothing was done to stop child conscription. This went on for 3 decades.

Why has there been little reference to the cruelties inflicted by LTTE upon Tamil people themselves. Obviously, these people were all low-castes and from the Vanni where a ready breeding ground for recruits was made available. These areas had no electricity and the people were totally cut off from the rest of the Tamils. What is also curious is why did the rest of the Tamils not come out to speak on behalf of these Vanni Tamils?

A father who had buried his child 76 times cannot have been the only father to take unbelievable measures to protect children from being taken by the LTTE. There are even stories of fathers impregnating their daughters to prevent them being taken away too. What a trauma these Vanni Tamils would have suffered. It should make the Tamils living overseas and elsewhere throughout Sri Lanka ashamed and embarrassed that they did not come out to defend their own.

The recounting of instances where innocent people were gunned down are many. Innocent Tamils killed by an LTTE supposedly fighting for an Eelam for the Tamil people. These stories will reveal LTTE as liars.

On Film is the very person who drove the vehicle with injured LTTE cadres and all 4 buses were blown up by the LTTE. It was a gruesome act and violation of Geneva Conventions but never will these stories be tabled by the peace doves or human rights activists!

Is it not strange that none of these current players have ever used their positions to showcase any of LTTE atrocities to the world. What is important is that most of the UN/INGO/NGO offices were all located in LTTE territory, these officials moved freely with the LTTE heads – therefore the question is why did they not report the violations being committed by the LTTE. Now the US delegation that has blood on its hands of 1.5million deaths in Iraq alone, says it was late in taking action to save civilians during the final phase. What did they do throughout the 30 years LTTE was carrying out its ruthless campaign. All these officials, foreign envoys, human rights advocates were all regular visitors to the North and they saw for themselves how the LTTE functioned surely they cannot pretend they did not see 10 year olds holding guns in hand???

The silence to the atrocities, ignoring the impending debacle, being aware that LTTE were taking civilians as hostages makes all the players that had been having tete a tete’s with LTTE over the years guilty and accountable.

It also points fingers at the Tamil people themselves for their silence. The majority of these children were recruited by force, they joined because of extreme poverty while for others it was a thrill to hold a gun. What did the Tamil Diaspora sending dollars and pounds do for the welfare of these people all these years? Were sections of the Tamil people happy to have their own used as cannon fodder so they could win asylum and refugee status in western shores?

The Butterfly, film is an excellent effort to showcase the harrowing experience these Tamil children went through. It will certainly place Tamils as guilty participants for their silence all these years for how many children would have died in combat for a cause that was just to satisfy the megalomania of an individual and his coterie of followers making merry of a conflict that was funded to destabilize the nation.

Have we ever heard a single UN official, foreign envoy, UNHRC head, INGO/NGO head come before the UN and its members and produce the examples of how Adele Balasingham the Australian nurse trained young children as combatants and at the end of the training handed them a cyanide capsule with orders to commit suicide. Is this not a criminal offence? Why have none of these human rights crusaders brought any of LTTE’s crimes before the UN and demanded the world take action against the LTTE when LTTE openly ran foreign offices in London and elsewhere without any fear despite the UK proscribing the LTTE in 2001?

Instead what do these human rights angels end up doing, they are producing reports from aspiring refugee/asylum-seekers who would say anything so long as they are granted right of stay in western nations. What is interesting is that there are centres in the UK that for a fee inflict cigarette but burns, medical doctors who give certificates that these burns were recent and reports that declare the armed forces as the guilty party. It would be good if some of these victims of inflicted wounds who are now suffering from these wounds which they paid for come out and tell their story too and it is worth putting a film on that too exposing the Tamil solicitor agencies in the process.

It would be good for the US, the international community and even the Tamil people to answer at least some of these questions first for a change.

Home » Film on Child Soldiers: Stories that officials of the UN/INGOs/NGOs and Human Rights shunned from public domain