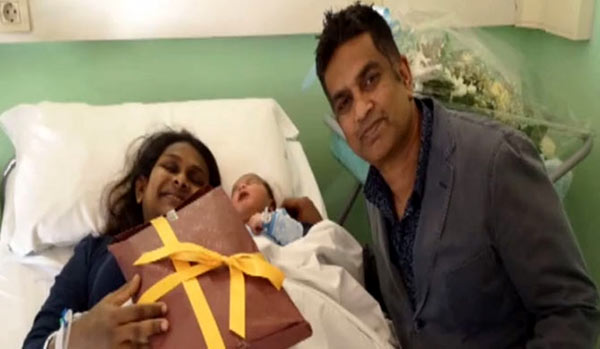 A Sri Lankan couple residing in Rome had the honor of being the parents of the firstborn baby in the New Year.

The baby had been born ten seconds after the dawn of the New Year at St. Philip Neri’s Hospital in Rome.

The couple, Prasad Bandara and Madubhashani Yapa, had been living in San Pietro, Rome for a few years now. The baby has been named Italo Bandara in honor of Italy.

The Mayor of Rome Virginia Rejji had visited the newborn and his parents in the hospital.