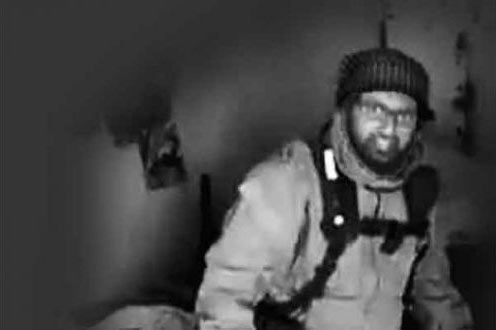 A karate master from Galewela, Kandy who has been reportedly killed in Syria in an air strike last week is said to be the first Sri Lankan member of the ISIS, international and social media reports said.

Several condolence messages from his karate students are now pouring into the Facebook.

Known in the Islamic State as Abu Shuraih Sailani (local name withheld for obvious reasons) the message on Facebook states that Sailani attained ‘Shahada'(Glory) due to a coalition airstrike after maghrib salah when returning home on 25th Ramadan 14:36h.

Abhu Shuraih Sailani, 37, after completing his GCE O/L, has pursued Islamic studies with great zeal mastering Hadith science and continued on contemporary Fiqh (The theory or philosophy of Islamic law, based on the teachings of the Koran and the traditions of the Prophet), completing his LLB in Shariah Law from the International Islamic University in Pakistan.

The message also states that he was a karate trainer and obtained his blackbelt three years ago and had been visiting Maharagama often to conduct classes.

Abu S. Sailani an admirable man with humble qualities and piety, leaves behind six children while one is yet to be born, the message stated.
The note also stated that Martyrs in Islam are the ones who sacrifice their lives for the sake of Allah Almighty for a good cause in a battlefield or operation.

On seeing the death notice, many of his known friends, students had poured their love and affection to their slain master.

The Sri Lankan in Damascus, Syria has stated that there is a witness who confirmed his death.

A notable comment made by the Galewela Karate Master on 3 July 2015 states that America, Iran, Bashar, Arab countries, 70 other countries, are fighting ISIS. The only country which doesn’t battle it is Sri Lanka.

When Ceylon Today contacted police spokesman ASP Ruwan Gunasekara, he said that no Police or CID had visited Galewela to conduct a probe. Meanwhile, the Ministry of Foreign Affairs said that they would inform the relevant authorities to conduct an investigation on the matter.