Fisherfolk affected by X-Press Pearl vessel to get Rs. 720 Million as compensation 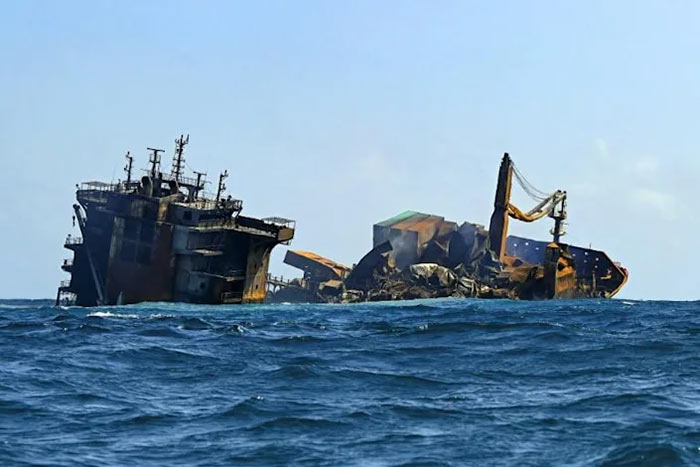 The owners of the X-Press Pearl ship have agreed to pay a compensation of Rs. 720 million to the fishing community affected by the fire that erupted in the vessel.

“The Attorney General (AG) has informed that a payment of US $ 3.6 million (Rs. 720 million) will be paid for the fishermen next week by the X-Press Pearl Agents, as the initial payment of the First Interim Damage Claim of $40 Million made by the AG for the period May 20 to June 03” State Fisheries Minister Kanchana Wijesekara said.

“A committee of Government officials, including the AGs office, Auditor General’s Office, GA Gampaha, Ministry of Fisheries, and other officials will be appointed to distribute the Damage Claims,” he added.

Home » Fisherfolk affected by X-Press Pearl vessel to get Rs. 720 Million as compensation