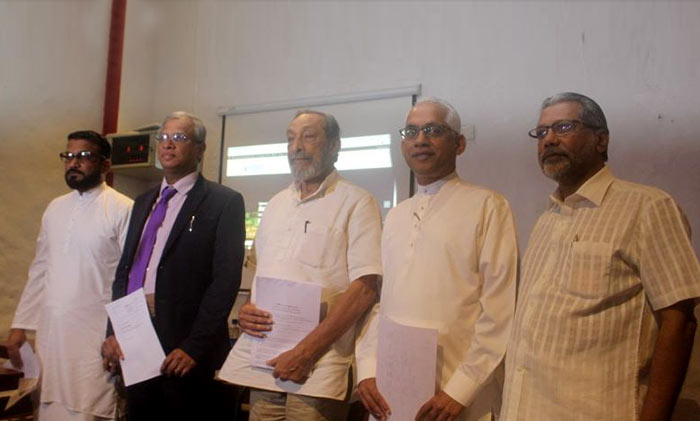 Five Members of Parliament across party lines today published their declarations of assets and liabilities in public.

Transparency International Sri Lanka campaigned for many years to bring this information into the public domain, believing that greater openness by public representatives increases trust and ensures stronger accountability.

Speaking at the event MP MA Sumanthiran highlighted the importance of declaring assets.

State Minister Eran Wickramaratne said the 19th Amendment to the Constitution was introduced with the only reason of increasing the number of Cabinet Ministers.

State Minister Wickramarathne stressed the President is vested with the power of whether to reveal the details in the report or not.

The State Minister claimed certain tricks are used in Parliament adding a recent one was that when the 19th Amendment was implemented, parties joining hands were allowed to establish a National Government.

He said it was a tactic to increase the number of Cabinet Ministers to more than thirty.

The Parliamentarian meanwhile admitted he sold his vehicle permit and earned a profit.

Speaking at the occasion, Executive Director Transparency International Asoka Obeyesekere said, “We commend the bold step taken by the five members of parliament to submit their asset declarations to the people. Whilst this marks a significant milestone in the campaign to bring politicians’ asset declarations into the public domain, we also hope that this step will encourage other public representatives to recognise the unquestionable public interest that is served by disclosing this information”.