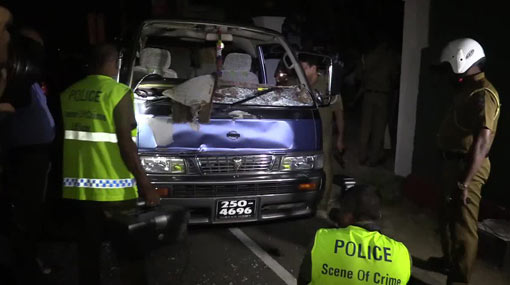 One suspect, who was involved in stealing a van from Mattegoda and shot at by Army personnel at Pinwatte checkpoint last night (29), has died in hospital, the Police Media stated.

The other suspect, who fled during the arrest, has been taken into police custody.

A suspect fleeing during an arrest was injured as Army personnel had opened fire on him last night (29).

The arrest had taken place with regard to a stolen van from the Mattegoda area.

The police had managed to locate the stolen vehicle in the Pinwatte area in Panadura with the use of GPS trackers.