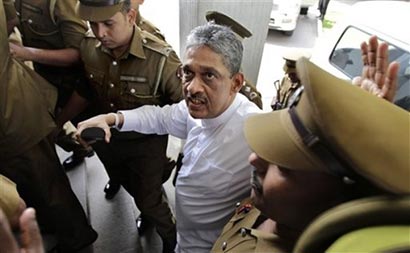 Sarath Fonseka has begun a hunger strike at Welikada prison a short while ago, his wife Anoma Fonseka claims. She added that Fonseka was scheduled to be taken for a medical checkup after the court proceeding and instead was rushed out a back door and taken to the Welikada prison.

Due to this Fonseka has commenced a protest fast at the Welikada prison, she added.