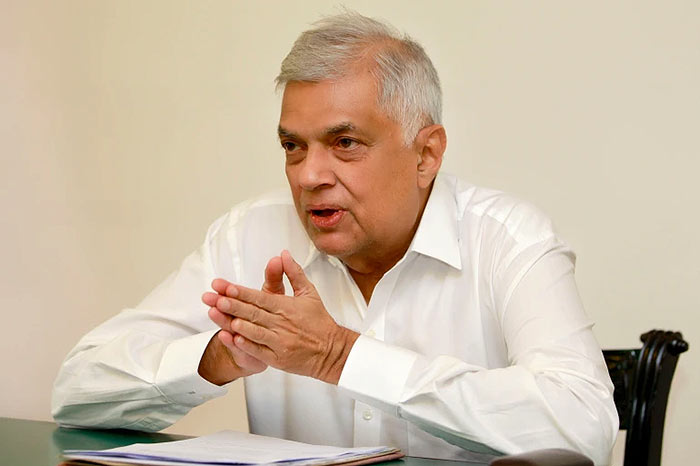 Sri Lankan Prime Minister Ranil Wickremesinghe said that although the food crisis could directly affect four to five million Sri Lankans in the future, steps would be taken to control it.

A decision was taken to focus special attention on food security, especially for children’s homes, elder’s homes and homes for the disabled in Sri Lanka.

This decision was taken at a meeting of the committee on food security held yesterday (June 17) at the Prime Minister’s office in Sri Lanka.

Prime Minister Ranil Wickremesinghe also stressed the need for a medium and long-term plan for a modern agricultural system that would create a regionally competitive market.

He directed the appointment of a committee headed by Parliamentarian Nimal Lansa to look into the mitigation efforts of the food crisis. The Prime Minister emphasised that he wanted the plan prepared by this committee within two weeks.

The Prime Minister further said that 225 divisions should be handed over to the Members of Parliament and the rest to the top officials including the Secretaries to the Ministries and the Private Sector to provide leadership to develop and reach the targets of 336 Divisional Secretariats in the country under the Food Security Programme. It was proposed to recruit graduates from the Divisional Secretariats for this purpose.

Instructions were also given to officials to prioritise provision of LP gas and fuel to the fishing community.

The focus of the meeting also fell on obtaining the support of the SAARC Food Bank and the World Food Program.