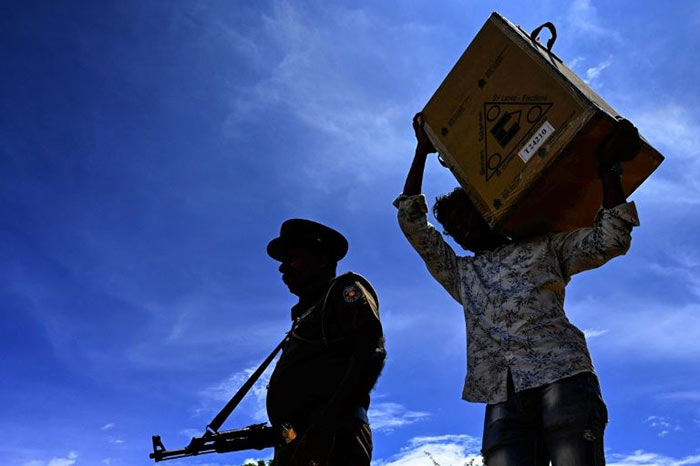 At least 50 Sri Lankan election officials at the capital Colombo’s main counting centre were admitted to hospital on Friday with food poisoning on the eve of presidential polls, officials said.

Hospital spokeswoman Pushpa Soysa said the 50 men and women were being treated at the National Hospital after a meal at the centre, responsible for tallying hundreds of thousands of votes.

“We have 50 officials at the moment,” Soysa said. “They are being treated for food poisoning.”

Police said an investigation was under way just a day before Sri Lanka votes in what has become a closely fought presidential election.

Officials said that reserve staff would be brought in if the 50 remain sick.

Campaigning ended on Wednesday night, but police reported sporadic violence, including the stabbing of an author who had published a book on corruption under the former regime.

Over 150,000 officials have been deployed to conduct the election at 12,600 polling booths and nearly 50 counting centres nationwide.

Some 15.99 million people are eligible to elect a president from among 35 candidates. Only one of the candidates is a woman.

The two frontrunners are housing minister Sajith Premadasa and the opposition’s Gotabaya Rajapaksa, who are said to be neck-and-neck.

Officials said that the counting centre hit by the food poisoning was at the prestigious Royal College — Premadasa’s former school.