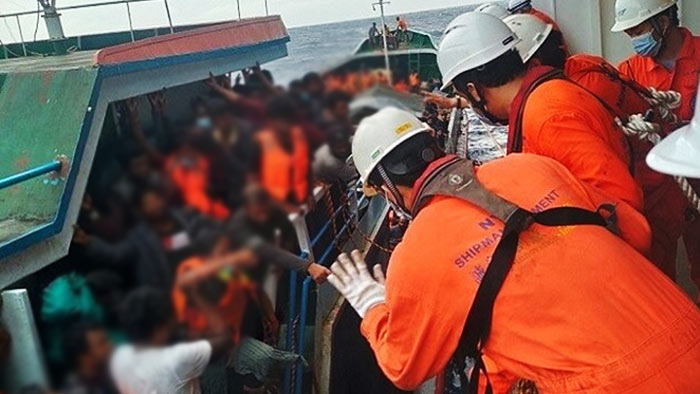 More than 300 Sri Lankans were rescued at sea off the Spratly Islands after their fishing vessel was damaged and found adrift, foreign media reported today (November 08).

The rescue operation was initiated after the Vietnam Maritime Search and Rescue Coordination Centre received news that Myanmar-flagged Lady R3 with 303 Sri Lankans, who were suspected to be headed to Canada, was in distress, a spokesperson for the agency was cited by the Vietnamese news portal VnExpress.

On November 05, when the vessel was around 258 nautical miles off Vung Tau in the southern coast, its engine room flooded and the vessel began to drift. There were rough seas at the time, according to reports.

The centre has then tried to contact the vessel and also broadcast emergency signals to other ships in the vicinity.

On Monday afternoon the centre found that the Japanese-flagged Helios Leader was in the area, and requested it to make a detour and rescue the people aboard Lady R3.

The Japanese vessel was able to reach the distressed boat, whose crew members were in a state of panic. It then rescued the passengers and provided medical assistance to those who required it.

The centre also mobilized five other ships and told them to circle the area to provide support if needed.

The 264 men, 19 women and 20 children are safe and expected to reach Vung Tau by Tuesday, VnExpress reported further.