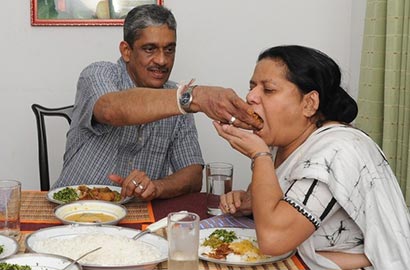 Former army chief Sarath Fonseka (L) having a dinner with his wife Anoma (R) following Fonseka’s release from prison, at their residence in Colombo on May 21, 2012. Sri Lanka’s ex-army chief Sarath Fonseka was released from prison May 21 after he was jailed following his unsuccessful bid to unseat the president in 2010, and vowed to ‘save’ the country. 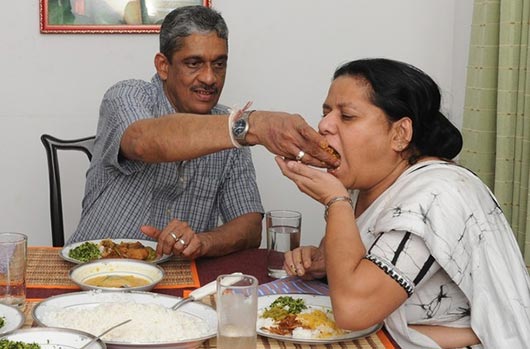 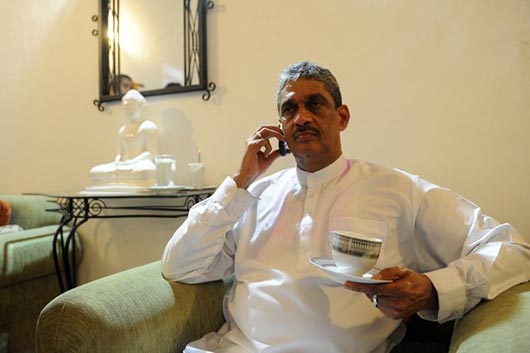 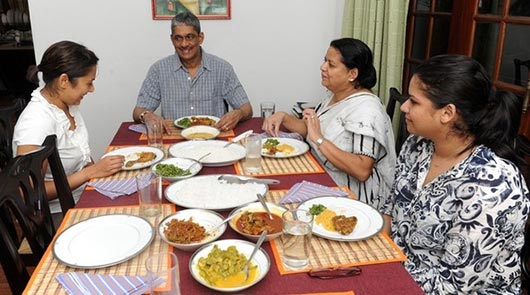 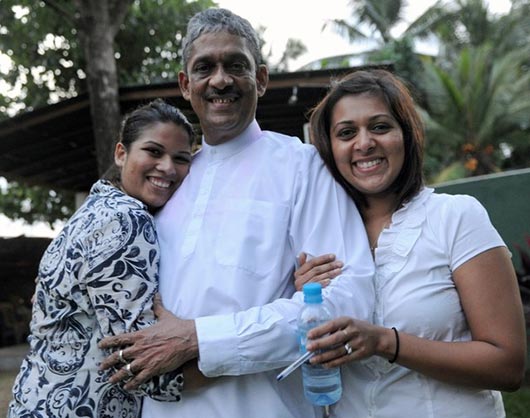 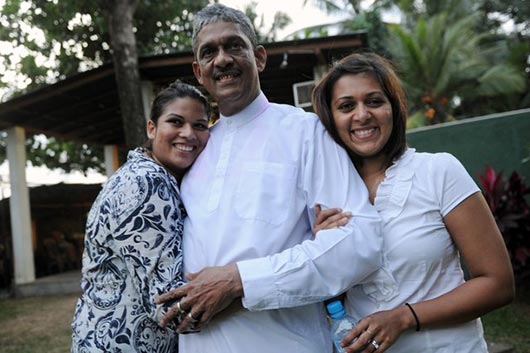 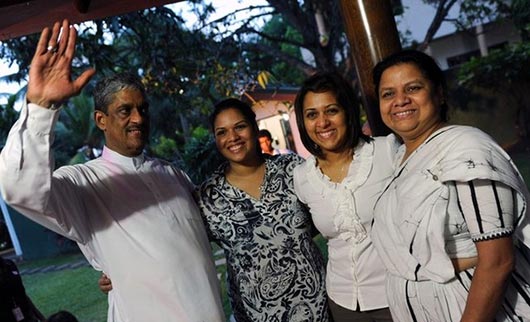