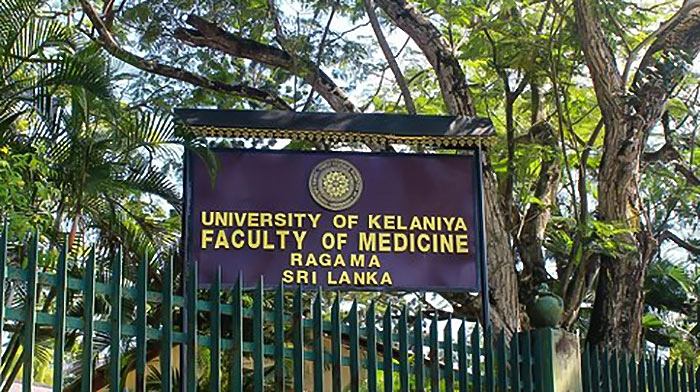 Four students of the Faculty of Medicine of the University of Kelaniya have sustained injuries in an attack by an unknown group this morning (February 02).

The students were identified as fourth year students of the Ragama Medical Faculty.

According to the students, 15 people arrived in two vehicles and carried out an assault.

Police said one suspect has been arrested in connection with the assault.