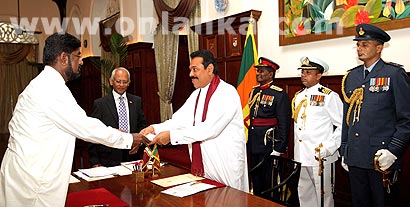 Four more Ministers and six Deputy Ministers were sworn in before President Mahinda Rajapaksa at the President’s House this morning on 5th April increasing the size of the Cabinet to 42 members.

Mean while six more Deputy Ministers were also sworn in this morning at the same ceremony.

Dr Sarath Amunugama- Deputy Minister of the Finance and Planning 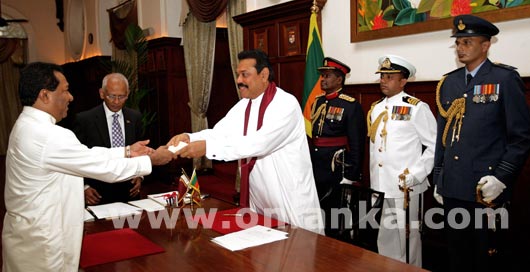 4 Responses to Four more Ministers and Six Deputies sworn in