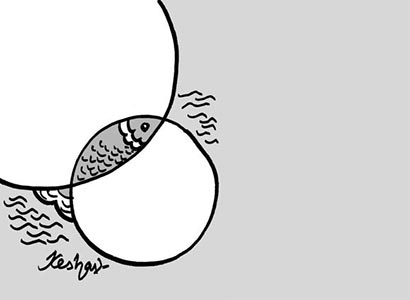 If Tamil Nadu politicians truly care about Sri Lankan Tamils, they should discourage the State’s fishermen from cornering the marine resources in the Palk Straits

When Tamil Nadu politicians raise the pitch against the Sri Lankan government’s perceived atrocities on the Tamils in that country, they invoke popular sentiment in Tamil Nadu, saying Tamils here are hurt and angry at the way their brethren across the Palk Straits are being treated.

But that sympathy is nowhere evident on an issue that truly hits the Sri Lankan Tamils where it matters — their livelihoods. In fact, it is an issue on which Tamil Nadu actively works against the interests of fellow Tamils across the Palk Straits.

For the last three years, Sri Lanka’s Tamils have been trying to pick up the broken pieces of their lives, shattered by a long and brutal war. One of the main livelihoods of people in Northern Sri Lanka is fishing. As people have gone back to their homes, this is what they have expected to do to earn a living — go out in a boat and come back home with a decent catch.

By itself, that does not sound like a big deal. But as the Sri Lankan government waged a long and hard war against the LTTE, the waters off Northern Sri Lanka’s coastline were barred to the fishermen of the area.

The waters were declared high security zones and fishermen could put out only a kilometre into the sea in the entire North and East; ditto on the north-western coast, from Mannar upward, while the catch frolicked in the waters beyond.

Now those restrictions no longer exist. The Sri Lankan Navy is no longer the villain it was in the war years. But Sri Lankan fishermen in the North find they have a new enemy. It’s the hundreds of boats that put out to sea from the Indian side daily, sailing into Sri Lankan waters as if they belong there.

As Antony Pillai, head of the Jaffna fishermen’s union, told The Hindu’s Sri Lanka correspondent R.K. Radhakrishnan last month: “They come in large numbers; it’s as if a huge island is moving”.

Bad fishing practices have depleted the catch on the Indian side; all the Indian fishermen want is to get to where the catch now is. Tamil Nadu fishermen organisers, such as U. Arulanandan in Rameswaram, flatly say it is “not possible” to restrict themselves to Indian territorial waters as the marine wealth, and the area on the Indian side, are limited.

Decades of war ensured that at least the marine resources in Sri Lanka’s northern seas were protected, if not lives on land. The International Maritime Boundary Line, for the Indian fishermen, is drawn on water. In Tamil Nadu, all the stress is on the fishermen’s “traditional areas/waters”. The State is still sore that there was no consultation with it before the “imposition of an artificial boundary” in the Palk Straits, and before India ceded Kachchatheevu to Sri Lanka.

But Tamil Nadu fails to see that Sri Lankan Tamil fishermen too have the right to a livelihood.

An agreement between India and Sri Lanka in October 2008 — when Sri Lanka was still in the midst of its war against the LTTE — virtually gave carte blanche to Indian fishermen to cross the IMBL, and venture into Sri Lankan waters except for “sensitive areas” along the Sri Lankan coast, designated by that country’s navy.

Sri Lanka also gave the commitment that there would be “no firing” on Indian vessels; the Tamil Nadu fishermen had to carry valid identity cards issued by the State government.

Only after the war ended did the full impact of this agreement sink in for the Sri Lankan side. Equipped with powerful mechanised boats rigged for sea-bed trawling, Tamil Nadu fishermen have had no qualms about appropriating the resources on Sri Lanka’s side of the sea. The Sri Lankan fishermen can only watch helplessly as the Indian boats rip their nets, and speed away with the catch, leaving behind a muddied sea in their wake.

The authorities on both sides monitor how many boats cross the IMBL every night. Records for January to June 2012, obtained from Indian government sources, are revealing. In January, 5,166 trawlers were seen crossing the boundary; in February, the number was 6,376; in March, it was 4,740; in April, it came down to 1,050; in May, it dipped to 304; in June, it rose again to 3,026. Checking the identity of each boat is impossible. Every month, 10 per cent or less are recorded as “positively identified”.

The waters where these boats were found fishing? Forget Kachchatheevu, where Indian fishermen claim fishing rights — they were seen even as far away as Pulmoddai and Mullaithivu in eastern Sri Lanka; Chundikulum, Point Pedro and Kankesanthurai; in the islets around Delft Island off the peninsula; and, all the way down to Mannar.

On August 20, Tamil Nadu Chief Minister Jayalalithaa asked the Centre to take up “strongly” the issue of attacks on Indian fishermen, saying the Sri Lankan Navy had been “emboldened” by India’s “soft handling” of the issue. Between June 2011 and August 2012, she wrote 12 letters to the Prime Minister on this issue.

Tamil Nadu fishermen allege the Sri Lankan Navy beats them up, humiliates them, even foists smuggling cases on them. But so fraught have relations become between the fishermen of northern Sri Lanka and the ones from Tamil Nadu that the Sri Lankans are quite happy when their Navy takes on the Indians. In one incident in February 2011, Sri Lankan Tamil fishermen resorted to direct action, rounding up more than 100 Indian fishermen, and handed them over to their navy.

Over the last two years, Sri Lanka has stressed that the Indian fishermen must respect the IMBL, most recently at a meeting of the joint working group on fisheries held in Colombo in August.

Should the Tamil Nadu government really wish to help Sri Lankan Tamils, there are several constructive ways of doing so. Sending back school children and cultural groups is not one of them. In fact, nothing is worse than raising the temperature for visiting Sri Lankans in Tamil Nadu. The links between the two sides run too deep and too strong, and destroying them serves no purpose. Think of the petty Tamil traders from Colombo who travel to Chennai daily, and how the new negatively charged atmosphere affects them. Think also of the Indians who have made Sri Lanka their home, live, work and have invested in that country over the four or five decades, their numbers increasing since the 1990s, and it should become clear that such brinkmanship serves no purpose.

Protesting the “training” of Sri Lankan officers at Wellington or NDC is certainly not constructive either. If anything, having them here is an opportunity to give them a first-hand experience of how a federal system in a multi-ethnic country works, with all its pulls and pressures.

But what can be truly constructive, and with an immediate positive impact on the lives of thousands of Sri Lankan Tamils living in Jaffna is if Tamil Nadu can restrain its fishermen from plundering the Palk Straits with their bad practices, and from cornering all its resources. Tamil Nadu politicians, if they truly care about Sri Lankan Tamils, should encourage the State’s fishermen to see the fishermen on the other side of the straits as partners with their own rights to the marine resources of the region. Some fishermen know co-operation is the way forward.

As far back as 1985, according to Mr. Arulanandan, Rameswaram fishermen submitted a proposal for developing alternate areas for deep sea fishing. Others, such as N.J Bose, another fishermen’s leader, have suggested a bilateral agreement that will enable fishermen from both sides to fish in each other’s waters. Instead of resorting to damaging rhetoric aimed more at maximising their political mileage, Tamil Nadu politicians should take the lead in encouraging such options by which fishermen on both sides can share these resources.