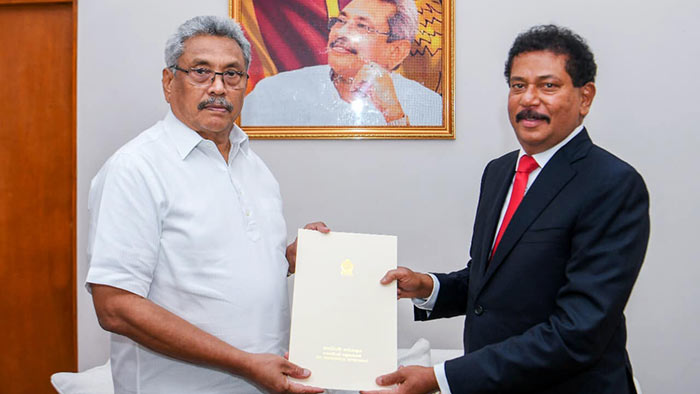 He received his Letter of Appointment from President Gotabaya Rajapaksa at the Presidential Secretariat today (August 10).