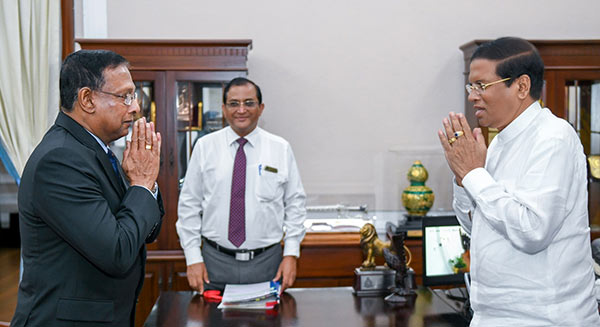 The General received his letter of appointment from President Maithripala Sirisena at the President’s Office, this evening (29).

This is following the resignation of the former Defense Secretary Hemasiri Fernando after he was requested by the President over the failure to prevent the Easter Day bombing despite receiving prior warnings of a possible attack.