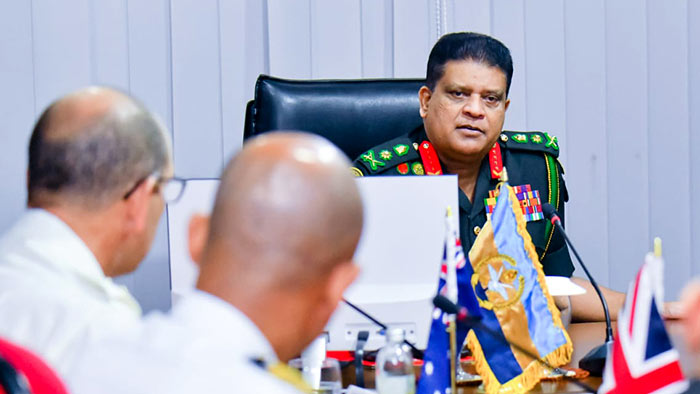 “The armed forces of Sri Lanka will always uphold the Constitution and the Army is no exception. The Army, as a professional outfit, is always prepared to provide security and protection to the State as necessary, Gen Silva said at the meeting.

The meeting was meant to keep those foreign Defence Advisers/Attaches informed of the current situation.