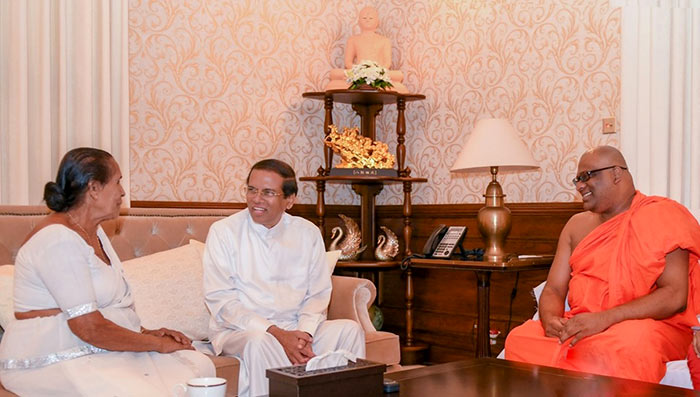 The Thera had called on the President at his official residence on Mahagama-Sekara Mawatha in Colombo.

Gnanasara Thera’s mother had also been present at the occasion.

The Thera had thanked the President for his decision to grant him his freedom on a Presidential pardon.