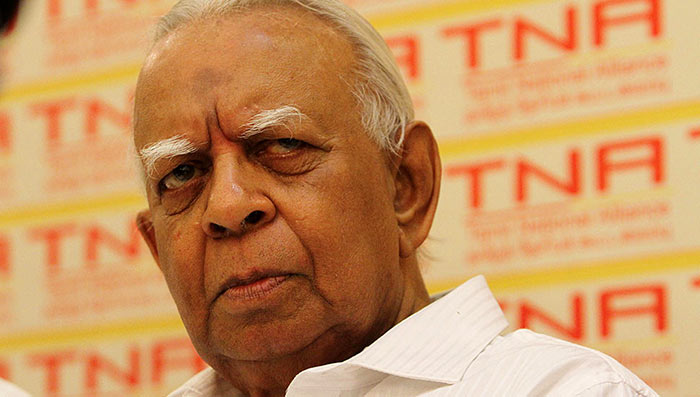 Tamil National Alliance (TNA) Leader, Member of Parliament R. Sampanthan informed a group of journalists in the Northern Province, since his Party was not affiliated to the proscribed terror group, the LTTE, no one could either intimidate or ban them locally.

The TNA Leader made these remarks in response to comments by Minister, Retired Rear Admiral Sarath Weerasekera, who had called for the proscription of the former’s Party.

MP Sampanthan added, his Party having entered the democratic political mainstream had not only elected people’s representatives to Parliament but also had elected members to the NPC and other local political bodies.

He stated, the TNA had also built relations with several nations overseas and stressed no one has the right to proscribe such a political party.