Main goal is to release at least 8,000 prison inmates – Ratwatte 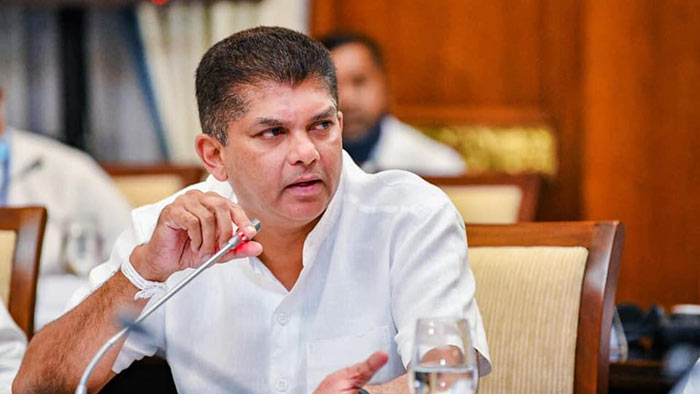 Prison Management and Prisoners Rehabilitation State Minister Lohan Ratwatte, emphasizing the present congestion in prisons given the rising numbers of inmates, stated that the Government should reduce the number at least by 8,000.

He was addressing the inaugural meeting of the Ministerial Consultative Committee on Justice chaired by Minister of Justice Ali Sabry, PC, on Saturday in Parliament.

The State Minister pointed out that there are 28, 951 inmates in the 28 prisons across the country at present causing considerable congestion.

Accordingly, the Minister stated that President Gotabaya Rajapaksa has issued a directive to release inmates who can be granted a pardon especially given the COVID situation.

Accordingly, he stated that as soon as approval is given to the Cabinet paper presented by the Ministry of Justice, the four-year pardon which has not been granted for nearly 20 years could be given. Thus, all prisoners under death sentence will have their sentence reduced to 20 years and those who have served a sentence for more than 20 years will be released. The State Minister also said that the Ministry intends to settle minor amounts of bail on behalf of prisoners who are in prison due to their inability to pay bail.

The Commissioner General of Prisons, Thushara Upuldeniya pointed out that there are approximately 10,500 inmates related to drug related offences out of which 8,500 are related to heroin. The Minister of Justice Ali Sabry emphasized the importance of rehabilitating such convicts rather than holding them in prison. Furthermore, the Minister stated that in most cases it is not the drug dealers who are convicted but those who have fallen victim to the use of drugs.

The State Minister Lohan Ratwatte affirmed that the Mahara prison riot has been resolved and 100 Antigen tests have been conducted yesterday (04) on inmates who can be pardoned. Out of the 100, only 29 have been tested positive and sent to be quarantined and the rest will be released once their PCR reports are received.

Raising concerns, MP Weerasumana Weerasinghe pointed out that children who have lost both parents, remanded children and children who fall under the category of convicts live in the same orphanage and that delays pertaining hearings affiliated to children due to the lack of Children’s’ Magistrate Courts is a serious concern.

Furthermore, the MP suggested that one Juvenile Court per province be established and to have a separate section and time allocation for cases related to children. Appreciating the suggestion, the Minister stated that the Ministry has identified it as an issue and will look into resolving the matter in due course.

Given the delays of the legal system, the Minister emphasized that Sri Lanka is ranked in the 165th position out of the 189 countries of the world. Adding to it the Minister stated it has come to his attention that more than 5,000 civil cases are pending in the Sri Lankan District Courts which have not been resolved for over 25 years.

Adding to the aforesaid the Minister also stated that Cabinet approval has already been granted to remove the Ministry located in Hulftsdorp from its present location providing the premises for the purpose of expanding the courts system.