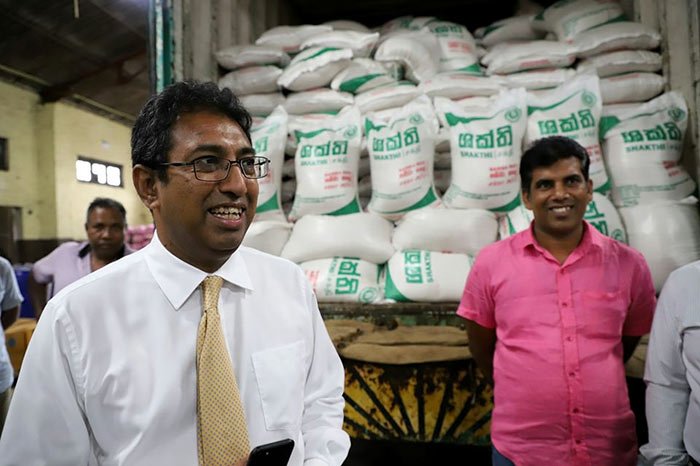 The government had allowed the private sector to control the rice market by destroying a cooperative movement of small and medium scale rice mill owners that was created in some districts under the previous government, MP Harsha de Silva said.

“There are several reasons for this such as the unnecessary rice imports by successive governments, shortage of paddy, the inability to compete with big players and the weak management of some mill owners.

Former president Maithripala Sirisena and Prime Minister Ranil Wickremesinghe then appointed de Silva to look into the matter and as a way of addressing the problem; he established a series of cooperatives consisting small and medium scale rice mill owners. “Through this initiative, it was possible to decrease the price of rice in the market. The farmers could also get a higher rate and small and medium scale rice mill owners could compete with large players because they too now have economies of scale.”

Silva said that Sri Lanka consumed 6.5 million kilos of rice a day and he believed the cooperatives could get a market share of 20% in a few years. “I wanted to make this cooperative to promote competition but the current administration had stopped assisting the cooperatives; thus allowing the private sector to dominate the market. This is why the price of rice increased again.”