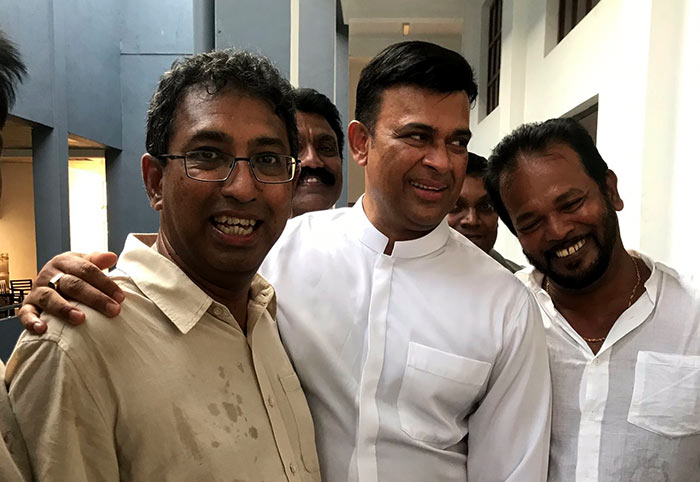 United National Party Parliamentarian Ranjan Ramanayake claims that he has information that the government is planning on arresting a number of opposition politicians in the near future.

MP Ramanayake who was arrested over the illegal possession of a firearm was released on bail, yesterday.

Speaking to media after the court hearing in Nugegoda, MP Ramanayake said he will express his views on political vengeance and injustices in future.

The Parliamentarian stated he renewed the license for the government-owned firearm for a period of two years, adding however, that he did not renew it for the past two years.

MP Ramanayke added it should be done by his security detail and that it was a mistake.

MP Ranjan Ramanayke stressed he is appalled by the actions of the government and the Police adding however that he is not surprised by the move.

He said first MP Champika Ranawaka and then MP Rajitha Senaratne were apprehended, adding that he has information that in future the government may target other opposition members like MP Hirunika Premachandra.