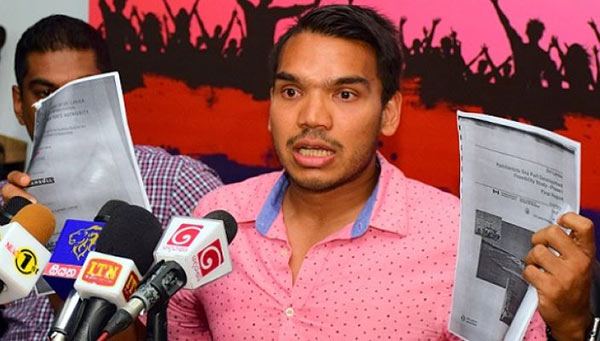 During an interview to an Indian television channel, MP Rajapaksa has said the public has lost confidence in the President and the government adding the present administration had failed to successfully mitigate the challenging situation after the Easter Sunday attacks.

Parliamentarian Namal Rajapaksa however commended the security personnel for carrying out an organised campaign to ensure the safety of all Sri Lankans.

He said, “The forces are doing their level best. If you look at last eight days, they have been very active and acting very fast on information they get.”

“And public has been very cooperative.”

“We see on television, we hear from security forces that how public shares information.”

“But as far as the government is concerned, we don’t have faith in the President and the Prime Minister.”

Parliamentarian Namal Rajapaksa added the opposition will work with the civil and military organisations, and also with the community to bring back normalcy in the lives of the people of Sri Lanka.