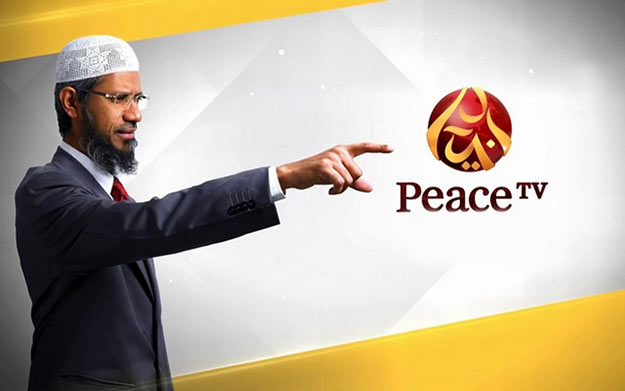 India and Bangladesh, too, had banned the channel as reports had suggested that terror group ISIS recruiters used the channel to allegedly brainwash the youth.

As per reports, two of the largest cable operators of the country had stopped airing Zakir Naik’s Peace TV. However, an official announcement regarding the development is yet to be made.

On Monday, the Indian National Investigation Agency (NIA) arrested a man in Kerala, India, who is suspected to have links with the ISIS and who allegedly was a follower of the Sri Lanka blasts mastermind. The ISIS suspect, identified as 29-year-old Riyas Aboobacker alias Abu Dujana, a resident of Kerala’s Palakkad, had purportedly revealed to the probe officials that he had been following speeches and videos of Zakir Naik, and the alleged mastermind of Sri Lanka blasts Zahran Hashim.

Riyas was arrested for conspiring to commit a terrorist act, the NIA said, which nabbed him in connection with its investigation into the 2016 Islamic State module in Kasargod and Palakkad.

The controversial Islamic preacher Naik is being probed by Indian agencies since 2016 after the Centre banned his Islamic Research Foundation (IRF) organization for five years. Naik, who is being investigated for suspected links with terror organizations, is currently living in Malaysia to avoid arrest in India.

Meanwhile, the Islamic State (ISIS) group has claimed responsibility for the Sri Lanka bomb blasts, with its leader Abu Bakr al-Baghdadi claiming in a recently released video that ISIS operatives had carried out the blasts in the island country to “avenge” ISIS’ losses in Syria.

However, the Sri Lankan government has blamed a local jihadi group National Thowheeth Jamaath (NTJ) for the bombings and believes that NTJ leader Zahran Hashim was the ringleader of the group that carried out the blasts on April 21.