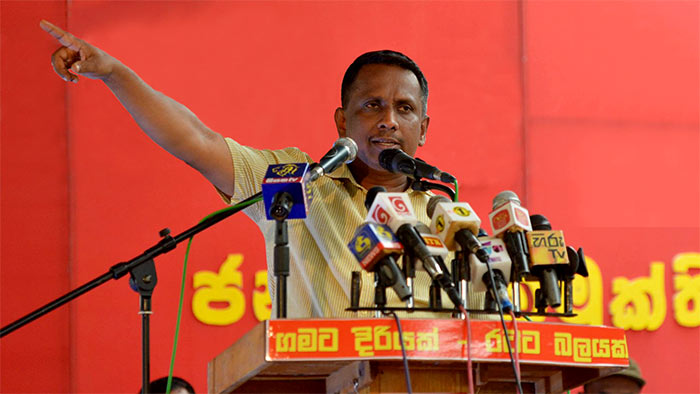 The JVP charges the government of coming into power on the back of promises to protect local resources, of presently selling the country’s assets to foreign entities.

Former Provincial Councillor Samantha Vidyarathna speaking at a gathering in Kandy said, the Colombo Port is 22nd amongst the world’s most renowned Ports while the most important terminal is the East Terminal.

He accused the government of coming into power through promises to take over all assets that were leased to foreign countries and organisations.

He said at a recent discussion the government informed trade unions that since the Hambantota Port was granted to China, India is now seeking to claim the East Terminal of the Colombo Port. Vidyarathna said the losses incurred by the country as a result are immeasurable adding that the government has only been selling the country’s assets and resources.

He claimed that when the JVP comes into power they will sell two entities, the two groups that have been obtaining power alternately, citing it is futile to have such individuals in power that bring ruin upon the country.

He also stated the government should also focus attention on settling foreign loans alongside its vision towards sustainable development.