Government willing to make 20A changes as per Supreme Court recommendations 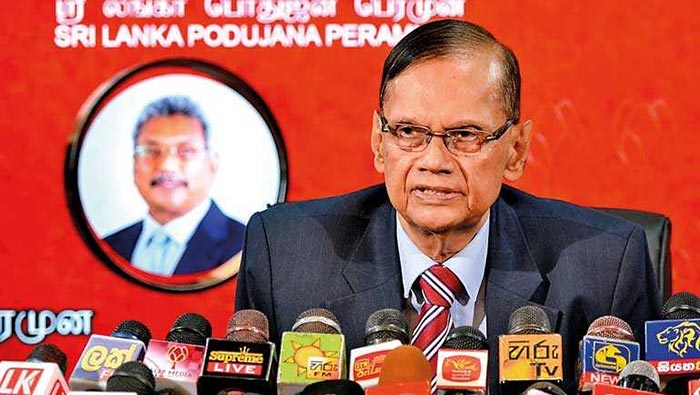 Addressing the media at the SLPP Head Office, Prof. Peiris explained that the Government will present its own amendments as well as amendments made to suit recommendations provided by the Supreme Court at the committee stage of the Parliament procedure of passing the bill. “It is not legally necessary to hold a people’s referendum if the recommendations of the Supreme Court are included in the 20th Amendment,” he said, adding that the President and the Speaker have been informed of the Supreme Court’s decision regarding the legality of the 20th Amendment.

“It will be published when Parliament convenes next, which is on 22 October. On that day, the Speaker will inform the members of parliament of the Supreme Court decision. Thereafter, the 20th Amendment can be taken for debate in Parliament at any time,” he went on to say.

The SLPP Chairman explained that party leaders and the Parliament Affairs Coordinating Committee will decide on the dates for the parliamentary debate on the proposed 20th Amendment, which will take place before the second reading.

Prof. Peiris added that a two-thirds majority was required at the second reading and, if obtained, the committee stage would commence, at which point amendments to the proposed bill can be presented. “The Government has already prepared several amendments and informed the Supreme Court that they have decided to present these amendments during the third stage,” Prof. Peiris said, adding that the Attorney General officially informed the Supreme Court about these amendments and has provided copies of the amendments to the lawyers representing various parties. The amendments will be included in a final draft which will go through a third reading, and will be passed only if it receives a two-thirds majority during voting. When questioned if the Government can obtain a two-thirds majority in parliament, Prof. Peiris showed confidence in the representatives of the Government coming together to pass the proposed 20th Amendment. He also stressed that the Amendment was the first step taken toward constitutional reform, for which the Government has already appointed a committee of experts headed by President’s Counsel Romesh de Silva.