Govt. is destroying the consumers – Dayasiri 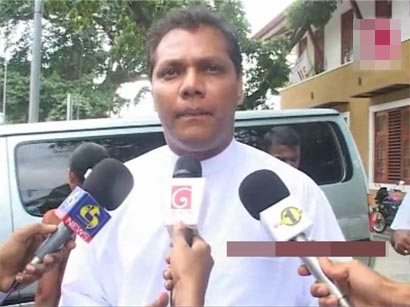 The government is destroying the consumer for the sake of commissions, UNP MP Dayasiri Jayasekera stated, citing the importing of substandard petrol, cement, expired chicken and destroying thousands of imported coconuts as examples.

Speaking at a press conference held today (August 17) he said that legal action needs to be taken against those responsible for the importing of substandard petrol. MP Jayaskera today made a complaint with the Commission to Investigate Bribery & Corruption after which the press conference was held.

He stated that he made the entry at the Commission as no tender procedure or quality check was conducted before importing the petrol which was a clear sign of corruption.

MP Jayaskera stated that he believes that the Bribery Commission will take stern action against those involved in this incident while adding that the Commission gets around 30 complaints everyday which is a testament to the state of the country.

2 Responses to Govt. is destroying the consumers – Dayasiri