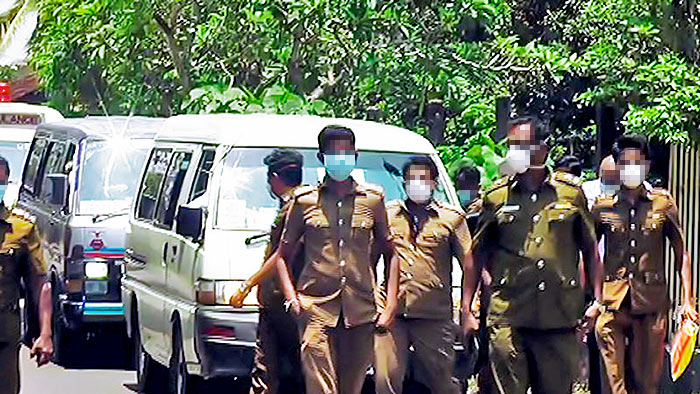 A group of Public Health Inspectors (PHIs) and student public health inspectors serving in the Gampaha District have been directed to quarantine.

Accordingly, a group of PHIs and student PHIs who served with him have been quarantined.

Five PHIs have been identified as his first line of close contacts and they have been quarantined at the Office of the Wattala Medical Officer of Health.

Meanwhile another 21 student PHIs who had served with the student PHI in question have been directed to a quarantine center in Naiwala, Veyangoda.

50 student PHIs from the Kalutara PHI training center had been deployed to serve in the 16 Medical Officer of Health Divisions within the Gampaha District.