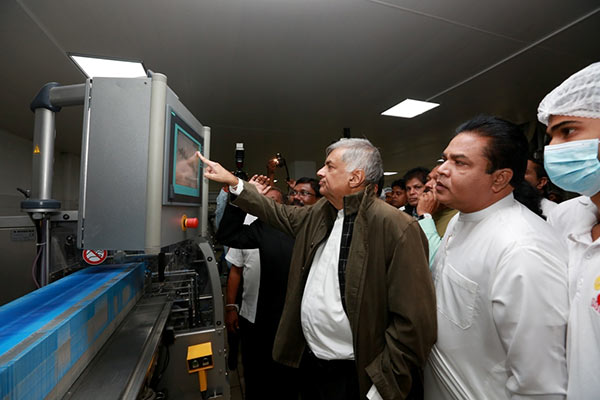 He said the government succeeded in restoring GSP+ concessions. The country can export over 6,000 varieties of goods under tariff concessions, he said.

The Prime Minister was speaking at the opening of the modernized Ambewela milk factory in Nuwara Eliya yesterday.

“The country’s income will increase, if we can export at least 50 – 100 varieties of goods under concession,” he said.

The Prime Minister said the government has faced the task of creating more investment opportunities in the country.

“We have received investments to set up an oil refinery, a steel factory, a liquefied natural gas plant and a cement factory in Hambantota,” he said.

He said the government has put in place a new program to supply milch cows to dairy farmers.

“The youths who pass out from schools in the plantation sector should have freedom to secure a job of their choice. We are ensuring a better future for them,” he said.