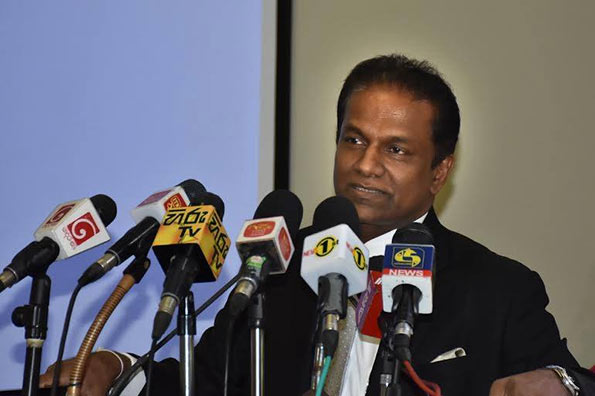 Deputy Speaker Thilanga Sumathipala yesterday said that Foreign Minister Ravi Karunanayake should resign immediately to save the honour of the government.

Deputy Speaker Sumathipala, addressing media to present the interim report of the Select Committee of Parliament on the United Nations 2030 agenda for sustainable development, said that he would recommend the resignation of Minister Karunanayake not in his capacity as the Deputy Speaker but as a member of the SLFP.

If Minister Karunanayake continued to hold his position the government would be embarrassed and inconvenienced, Sumathipala said adding that the final decision with regard to the no-faith motion would be taken on Thursday. (SI)